Day 1 didn’t get off to the best start when my Nap of the meeting Rock on Ruby’s race was over after 2 fences, went further downhill when Hurricane Fly ran well but just wasn’t good enough against the new pretenders this year. I don’t really subscribe to the fact the The New One was unlucky he was near enough 2 out if good enough. It didn’t end well when my most confident bet of the day Ataglance was robbed of the race by circumstances, possibly rider error as all he had to do was continue on the outside for a relatively easy success. That result didn’t augur well for the rest of the week as I’m usually able to bang in one of the handicaps at a big price and its difficult enough to pick one.

Day 2 had one of the silliest priced horses I’ve seen in a while in Sire De Grugy, one look at the Tingle Creek on good ground made any hope of Captain Conan having any chance at all remote and from that race I thought Somersby had a great chance of coming second. Ladbrokes had a huge 14/1 available in the W/O market and he duly obliged just. We had a larger than usual bet on Sire de Grugy as well so it couldn’t have worked out any better. He also was the second leg of a treble started by Faugheen.  One of my bets of the week was the 3rd leg of the daily treble and Balthazar King scraped home against my other selection Any Currency, mainly due to a sublime ride. That treble paid near 80 points and it was going to be a good festival after that regardless. Note to self if I have 2 reasonably confident selections do the fecking forecast, that race the forecast paid 60/1.

Day 3 was the single worst day I’ve ever had selection wise at the festival with all mine coming last. I kid you not every selection came actually last other than Oscar Whiskey who fell at the first after being backed into 11/2. My wife who came over for the Thursday thankfully had Fingal Bay so it was our one cheer of the day. Annie Power let me down for a 4 Horse Accumulator but ran a great race really and looks a huge prospect as a staying chaser.

Day 4 for me was all about Briar Hill, I had 2 trebles with him as the last leg and was confident enough. The day started well with Montbazon running huge race in 3rd after looking the winner before the last. While checking out Briar Hills previous form I noticed Very Wood flying at the finish of his last race and figured 50/1 was value. Though Briar Hill falling cost me a much bigger win money wise, I would prefer 50/1 Selection to win any day of the week. He got a great ride from Paul Carbury and won going away in the manner of a decent prospect. This gave us a nice collection and  with 2 legs of a EW Yankee and a nice 2 possibilities in the last 2 handicaps.  Local Hero ran a great race but just didn’t stay. I was very confident of Asctracad placing at least and he was going well until a huge mistake about 4 from home, which put paid to his chances (he ran on well at the finish afterwards)

Overall I made over 63 Point Profit from all my selections. Ante-post results were poor, thankfully I only put up NRNB or NRFB on most so non-runners cost me only 1 point. I’ll be updating the spreadsheet later on today for the year and it should make for a nice profit on the year. 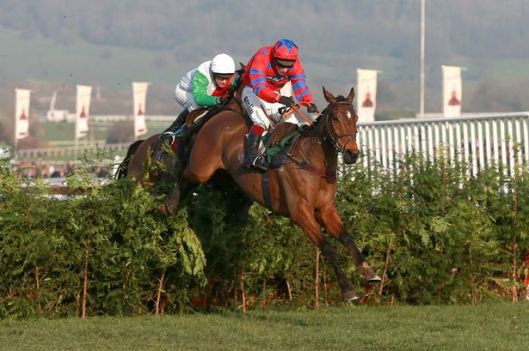