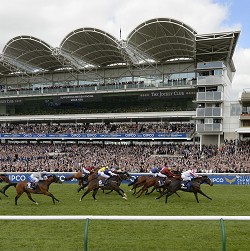 Swiss Cross on the face of it appears to be out of form at the moment, but he arrives here only 5 days after his last race, and in the past has run well after such a short gap between races. His last race over 7 furlongs can be ignored as he didn’t stay. I’ll be keeping stakes in these big sprint handicaps to the absolute minimum this year and probably only going with small win bets as EW is a looser in these types of races. The Selection is on a decent mark especially compared to his AW mark and I don’t think he is a 40/1 shot here to get back to form from what looks a decent draw.

Vorda looksthe value here given her 2yo form. There is a doubt about here getting the 1 mile but  I think it’s worth the risk at 16/1. I’m not sure there looks to be any standout horse in the field this year and it may well be between the 2 french fillies. She looks to have more speed than anything in this field and today could well give her the perfect opportunity to show it on fast ground. Her reappearance was a bit underwhelming but that is why she is available at the price.